Janet Zafft: A celebration of 40 years of faithful, joyful service 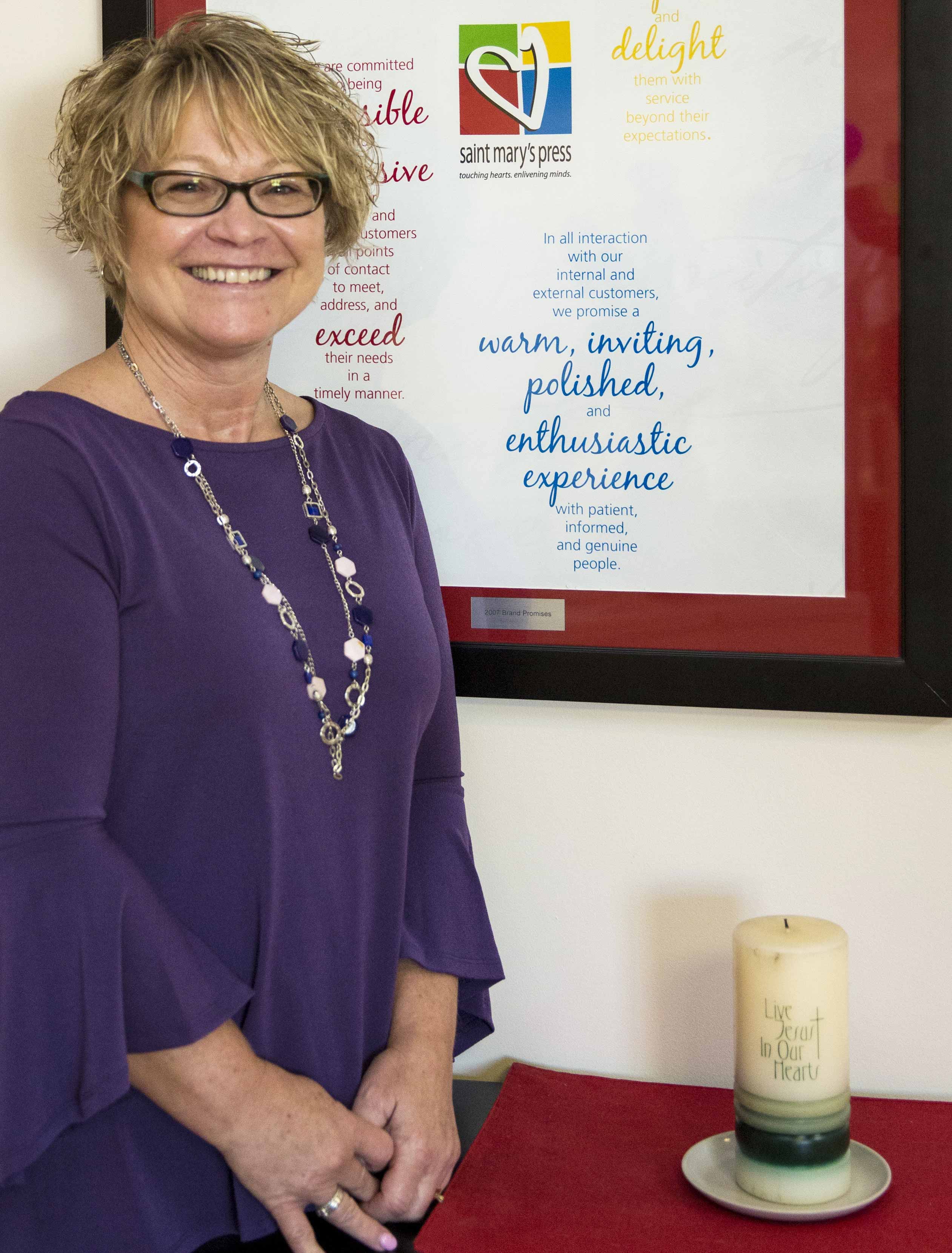 For 75 years, Saint Mary’s Press has been touching the hearts and enlivening the minds of kids. For more than half those years, Janet Zafft has been a familiar face and voice for that mission, most of those as a member of the Customer Care team.

Janet retired as Customer Care Lead for SMP in June, but thankfully, for now, she will continue to delight customers part-time at SMP, helping with new staff training and otherwise pitching in “as needed.”

That’s a good thing, not just for customers, but for SMP as well, says SMP president and CEO John Vitek. So how – or why – did Janet come to stay at SMP for four decades? “I really like what I do,” she says simply. “I’m a people person, I like to help the customers.” Janet speaks of the staff at SMP, and in particular her coworkers on the Customer Care team, as “family,” present during times of celebration, as well as times of sorrow.

“Everyone I’ve worked with has been a support to me,” she says.

Coworker and close friend Carol Hunger calls Janet, “the face, the voice of SMP. At conferences, customers ask for her by name. We’ve had so many laughs and tears over the years, and on a professional level, she knows everything.”

Vitek describes Janet as “always gracious and kind and helpful to our customers. It is hard for me to imagine how many people she has touched over the years; how many customers felt loved and cared for and cared about after getting off the phone with Janet or after receiving her help at a trade show.”

Customer Care Manager Candy Bittle extolled Janet’s impact on customers. “I can’t say enough about the kindness and caring that Janet exudes. Whether it is for the SMP customers she talks to on the phone or interacts with at a show, she always has a smile and the desire to help. So many know Janet by name and that is a testament to how wonderful she is, and always has been, with our customers.”

Added Bittle, “The contributions Janet has made to SMP over the years is immeasurable. I know we will deeply miss her, but for now are grateful she will still be with us part-time!”

Janet and her husband, high school sweetheart Riley, have two grandchildren and a third on the way, all of whom Janet plans to spoil in retirement.

For forty years, Janet Zafft has loved and cared for those who have found Saint Mary’s Press resources an aid in their important ministry of touching the hearts of young people with the Good News of Jesus Christ. She will be missed, but not soon forgotten, by SMP staff and customers alike.

Please join us in celebrating and giving thanks to Janet for her many years of dedicated service and care.