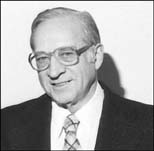 Br. Alphonsus Pluth was one of the pioneers in catechetics, breaking new ground as a Christian Brother, an author, an editor, a printer, and a publisher.

Brother Alphonsus, while at De La Salle High School (Minneapolis, Minnesota), purchased a used printing press in 1947. Operating on a shoestring budget in a back room and with little affirmation, he composed the first in a series of high school texts, Living with Christ, based on lesson plans submitted by the Brothers.

In 1954, he and his press moved into a former laundry room in a basement at Saint Mary's University (Winona, Minnesota). As sub-director of the student brothers' community, Brother Alphonsus had the young brothers prepare for publication the revised lesson plans submitted by high school teachers.

Brother Alphonsus constantly emphasized high-quality work. "Nothing flawed," he insisted, "leaves this room, except in the wastebasket." His life reflected the beauty of creation through his lifelong interest in gardening, music, and nature.