Saint Veronica exhibited tremendous holiness and understanding, even as a young child. She regularly set aside portions of her food and clothes to give to the needy, and once, at only 18 months of age, reprimanded a dishonest shop owner. Her father, a wealthy and esteemed citizen of Italy, wanted Veronica to marry. She wanted to become a nun, and her father eventually acquiesced. At age 17, Saint Veronica entered the Poor Clares, and at her reception ceremony the presiding bishop allegedly confessed to the abbess that Veronica would one day become a saint. Veronica then devoted herself entirely to God and worked in the kitchen, infirmary and sacristy. She was eventually made novice mistress. At age 37, she received the stigmata, and after a somewhat humiliating investigation Church authorities determined that it was authentic. She was an abbess from the age of 56 until her death. She was canonized in 1839.

Saint Veronica was simple and unassuming. She did not devote herself to grandiose tasks. Instead, she worked in a kitchen, in an infirmary and in a sacristy. In these roles, she cultivated tremendous holiness. So much holiness, in fact, that she received the stigmata. Saint Veronica's stigmata reminds us that, regardless of the type of chores and work we do, we can use our work as an opportunity to further our relationship with God and become holy people.

Dear Lord, help me to recognize that my chores and work are valuable and that, through them, I can lead an incredible life and become closer to you. 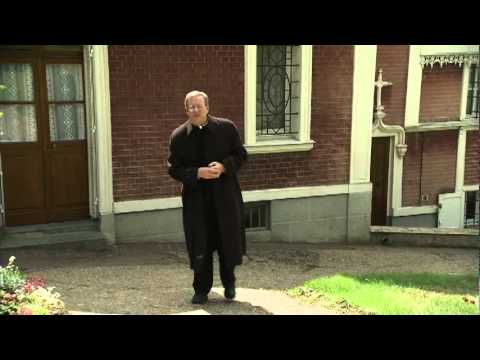 Fr. Barron on the Desire to be a Saint