We've got you covered! Last day for shipping this year is Thursday, December 16.

Planning for next year? Send us an email and we'd be delighted to get you an estimate. 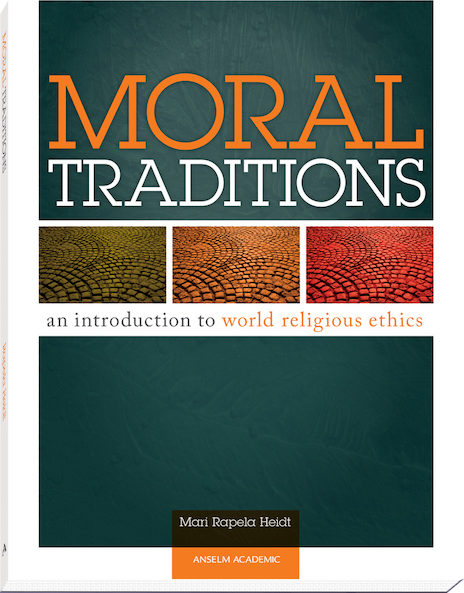 An Introduction to World Religious Ethics

This introductory textbook on world religious ethics examines the moral traditions of the world's great religions. Students will see how the various major religions are practiced today, how religion shapes modern human behavior, and how each religious tradition considered is at work in the world today.

The six major religious traditions discussed in this book are:

Each of the six chapters on the major traditions serves as a short refresher course in the tradition, covering the history and general beliefs of the tradition, the tradition's approach to ethics and morality, what is sacred to each tradition, and how each communicates moral beliefs, principles, and practices. Each chapter concludes with discussion questions and suggestions for further study.

Mari Rapela Heidt has produced a very workable textbook for students of ethics in a number of the world's religious traditions. Beneath the usefulness of the textbook, she is making a claim for the application of comparative ethics as a methodology for studying moral action across these traditions. Her comparative ethics appears to concern itself primarily with social ethics versus personal ethics. The definition of morality that drives the text is very broad in nature. She claims that it is "about human actions toward others" (p. ix). There is less space given to categorizing the content or intent of the actions. Instead of offering various standards for moral judgment, she presents a variety of perspectives of world view and shows how general behavior in the relevant society is influenced by the perspective.

Chapter One, Ethics, Morality, and the Study of Religious Ethics, is laid out more to satisfy other academics than it is to inform students. From a scholar's perspective this is the most profitable portion of the book. The rest of the text is more sympathetic to the teaching endeavor. Heidt's selection of ethics categories, including deontology, consequentialism, virtue ethics, and divine command ethics, although admittedly not exhaustive, would allow for a practical exploration of morality across cultural and religious borders. However, there is little specific mention of them beyond the first chapter, even though it is often apparent which approach is being considered at points later in the text. One reason for downplaying these categories is her appropriate decision not to force a religion into a fixed classification. Since she shapes such concise and manageable descriptions of each ethics category, there is some frustration that they do not play a more overt role in the rest of the book.

Moving into a consideration of the specific traditions, she judiciously crafts her chapter lengths to be substantial in content without being overwhelming to the average college or upper-level high school student. She bravely faces the challenge of summarizing the disparate facets of belief and practice in these religions. Although she acknowledges the vast variety, she might have given some indication of how practitioners at the extremes differ from the most popular efforts. A technique she uses to translate religion into ethics is to reorient practices and beliefs in terms of responsibilities and obligations. After a general review of the tradition, she looks at the moral world of the particular religion by pointing out features that bear moral implications or influence ethical perspectives.

Each chapter also contains a synopsis of the values and principles at play in the religion. The final section raises contemporary moral issues and describes how ethical theory and moral practice might influence the individual's response. These include abortion, wealth and poverty, environment, war and peace, gender roles, and the one-child policy. Each issue is handled in a very balanced fashion, avoiding an application of a normative perspective that would be foreign to the tradition.

She is also generally more positivistic, not dwelling solely on moral deficiencies. Perhaps the one element missing in Heidt's work is actual comparison. She provides all the elements necessary to develop a good comparative case study, but not the comparisons themselves. This limitation is actually a plus, since the classroom instructor is left with this as a lively and fulfilling task. I would recommend using Heidt's book as a textbook for a class in world religious ethics or simply as a supplement to add an ethical component to a world religions class. I look forward to incorporating it into one of my own courses. 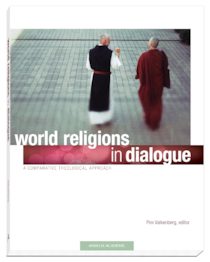