Saint John Nepomucene was a renowned preacher and a member of the 14th-century Bohemian court of King Wenceslaus IV. While at court, Saint John was a peacemaker and solved many arguments and disagreements. He was also the queen's confessor. When the cruel king demanded to know what his queen had said in the confessional, Saint John refused to tell him, so the king sentenced him to death by drowning. Saint John Nepomucene is known as the "martyr of the confessional" and is the patron saint of Czechoslovakia. 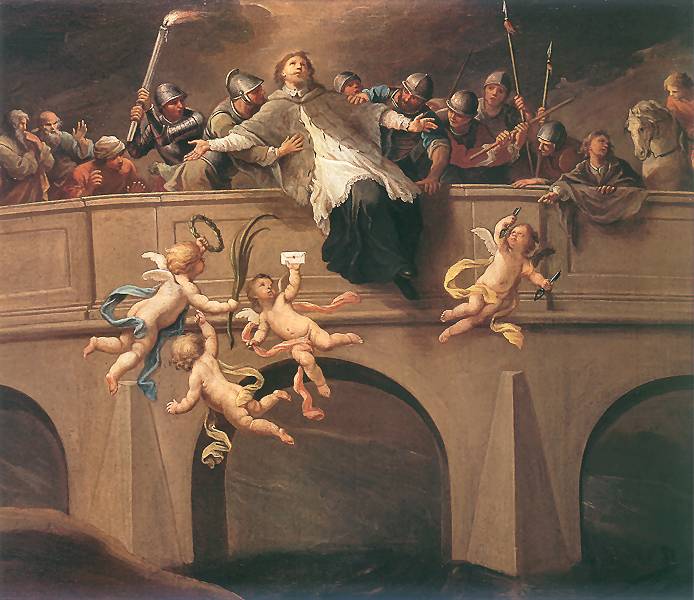 Some of us are blessed enough to have someone that we can trust with any secret in the world. Imagine how trustworthy God must be if human confidences can be that strong! Take some time today to trust God with one of the secrets from the silence of your heart. (Taken from "Good News Day by Day: Bible Reflections for Teens.”)

Patient God, move in my heart and shine your light on the dark corners so that I can give over my secrets to you. Please strengthen my trust that you are worthy of my highest confidence. (Taken from "Good News Day by Day: Bible Reflections for Teens.”)