Saint Fulgence of Ruspe was a high-ranking Roman who was born in North Africa. He felt called to become a monk, even though his widowed mother opposed his decision. Saint Fulgence became abbot of his monastery, but had to flee when the monastery was invaded. He returned to the area when it was safe, and was appointed bishop of Ruspe. However, he and his fellow bishops were banished to Sardinia, Italy, by King Thrasamund, who subscribed to the Arian heresy that Jesus Christ was not divine. Saint Fulgence's devotion to Christianity did not cease when he reached Sardinia. He founded a monastery in the area, and wrote such expressive and moving defenses of Catholic teachings that King Thrasamund reinstated him to his see. However, King Thrasamund was very fickle, and banished Saint Fulgence once more. Finally, in 523, Saint Fulgence returned to his see for good, and made it his work to rebuild the faith of his people. 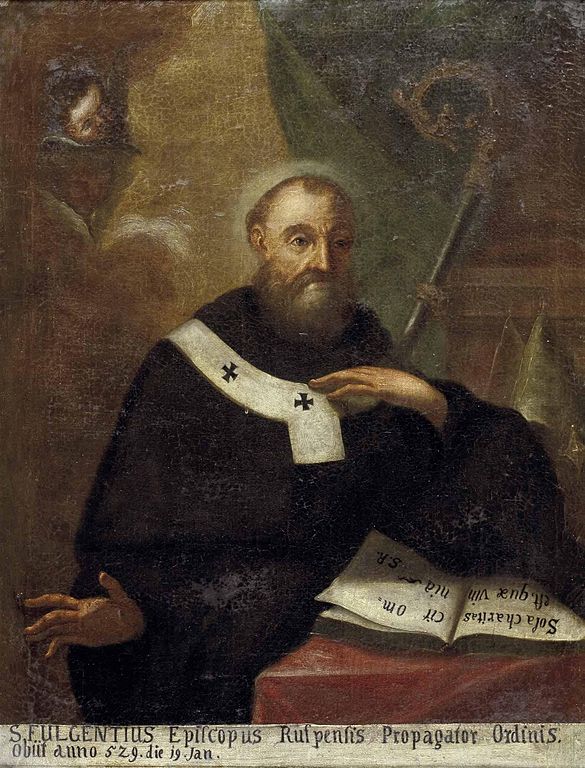 "All my close friends are watching for me to stumble" (Jeremiah 20:10). Have you ever felt this way? The prophet Jeremiah is tired of serving God and feels that everyone is just waiting for him to make a mistake. Why are we so eager at times to see someone close to us fail? Give a friend some encouragement today. (Taken from “Good News Day by Day: Bible Reflections for Teens.”)

God, it is not always easy to follow you. Jeremiah knew that, as did many others. Give me the courage to persevere despite the unkindness I feel in those around me. Let me always strive to build up other people. (Taken from “Good News Day by Day: Bible Reflections for Teens.”)