Saint Gregory of Nyssa was a member of a very holy family. His grandmother was Saint Macrina the Elder, his parents were Saint Basil and Saint Emmilia, his older brother was Saint Basil the Great, and his sister was Saint Macrina the Younger. He excelled at his studies and became a professor of rhetoric. Over time, Saint Gregory felt called to devote his life and his time to the Church, and joined his brother's monastery. He felt called to enter into the priesthood, and was later elected bishop of Nyssa. Saint Gregory's election came at a time of great turmoil in Nyssa over the Arian heresy. This heresy denied the divinity of Jesus Christ. Gregory was incarcerated for a short time after Arians accused him of mismanaging Church funds, but he eventually regained his see after Emperor Valens, who was a proponent of Arianism, passed away. Saint Gregory's return was joyfully celebrated by his people. He attended the Council of Constantinople, where he was given an important position, and was a great defender of orthodoxy. 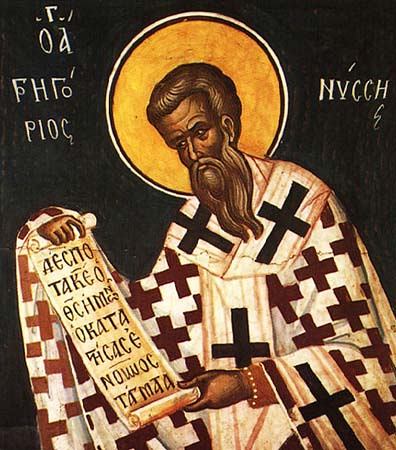 Most of us know the difference between right and wrong. We have received clear teachings from parents, teachers, and the Church. Complex issues may present gray areas, but most of our daily moral decisions are black and white. Even though our values are shaped by our faith, our family, and our community, we still make bad choices and do the wrong thing at times. But if our faith points us to our values, our faith can also help us to live them out. We are filled with grace when we experience God’s forgiveness through the Sacraments. And we are blessed to be able to turn to the Word of God, which assures us that, when we focus on living our life with the guidance of the Spirit, we really are set free from the law of sin. (Taken from “By My Side: A Teen Prayer Companion.”)

Living God, be with me as I make decisions, and help me to live my faith and values in the law of the Spirit. (Taken from “By My Side: A Teen Prayer Companion.”)