Saint Mother Teresa was a woman of great faith. She was born Gonxha Agnes Bojaxhiu in 1910 in Skopje, Macedonia. At age 18, she joined the Sisters of Loreto and took the name Teresa in honor of Saint Thérèse of Lisieux. She became a missionary in Calcutta, India, where she was a schoolteacher and principal. After living there for almost 20 years, Teresa had an encounter with God in which she heard Christ tell her, “Come be my light.” Teresa was inspired to help those who suffered from the most extreme poverty. In 1948, after a few years of prayer and determination, Saint Mother Teresa received permission to leave her convent to work with the poorest of the poor in the streets of Calcutta. She soon formed the Missionaries of Charity, who set up hospitals and homes for the dying. In 1979, after years of dedication to her mission, this “saint of the gutters” was awarded the Nobel Peace Prize for her work. By the 1990s the Missionaries of Charity could be found all over the world, helping homeless people, abused women, and orphans, as well as those suffering from AIDS, drug addiction, and other illnesses. Saint Mother Teresa died in 1997. She left behind a thriving order of priests, nuns, and laypersons devoted to the service of the neediest people in our world. Pope Saint John Paul II beatified Saint Mother Teresa in 2002, and she was canonized by Pope Francis in 2016. After she died, her private letters revealed that she had overcome many years of spiritual doubt and anguish. Considering the extreme poverty she faced in Calcutta, it is no surprise she questioned why God would remain silent and allow such things to happen. In spite of these feelings, she trusted God and kept hard at work at her mission. Because of God’s silence, her work demanded an even greater faith from her. Her belief and trust in God showed in all her wonderful work. (Taken from "The Catholic Connections Handbook for Middle Schoolers.") 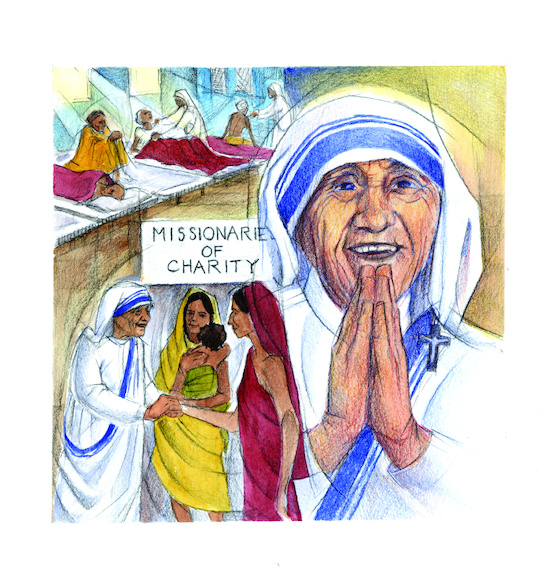 Saint Mother Teresa started her ministry by helping the homeless dying people of Calcutta, India. In the end her efforts to help Christ, whom she saw daily in poor people, started a community that helps thousands of people worldwide. She said: “A joyful heart is the inevitable result of a heart burning with love. Never let anything so fill you with sorrow as to make you forget the joy of the Christ risen.” Can you find some small way to help Christ in your everyday life? (Taken from “Good News Day by Day: Bible Reflections for Teens.”)

God, lover of poor people, thank you for giving us great examples of people building your Reign, like Saint Mother Teresa. Give me the confidence I need to follow through on my commitments, so that my small mustard-seed efforts can begin to grow. (Taken from “Good News Day by Day: Bible Reflections for Teens.”) 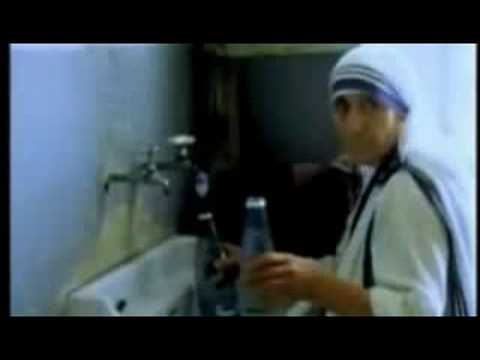 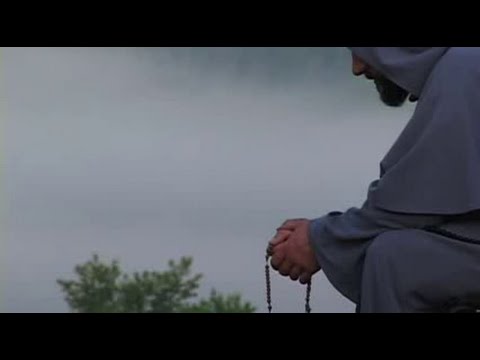