Saint Maria Goretti was fatally wounded while fending off a rapist at the age of 12. She was born in Italy to a peasant family that was too poor to send the children to school. Maria never had the chance to learn to read or write. After her father's death, she assumed responsibility for keeping house, while her mother and siblings worked in the fields. One day an 18-year-old neighbor, Alessandro, made sexual advances. When Maria resisted the attempted rape, the young man stabbed her numerous times. She died at the hospital the next day. As she lay dying in her bed, she forgave Alessandro "for the love of Jesus." Her murderer was sentenced to 30 years for his crime. He remained unrepentant until one life-changing night, when he had a dream that Maria gathered up flowers and gave them to him. Upon his release from prison, Alessandro went and begged forgiveness from Maria's mother. When Maria was canonized in 1950, Alessandro was among the crowd of 250,000 who gathered to celebrate in Saint Peter's Square. We celebrate Maria for her heroic commitment to the value of chastity and for her forgiveness of Alessandro. This is not meant to imply that women who are violently attacked should resist their attackers until the point of death. But Maria's commitment to defending Christian values serves as an inspiration for courageously following Christ in our lives. Her feast day as a martyr and virgin is July 6. (Taken from "The Catholic Faith Handbook for Youth") 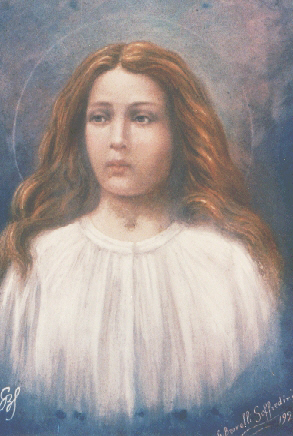 Saint Maria Goretti's murder was utterly heinous. From her response to it, however, we can see both the glory of God and the magnificent holiness of Saint Maria's soul. While on her deathbed, she maintained her righteousness and upheld the truths of her faith. As God had forgiven her of her own sins, and as he had loved her despite any of her shortcomings, she decided that she would forgive her murderer and try to love him despite his flagrant and particularly repugnant moral failings. The difficulty of such an act of forgiveness is virtually unimaginable. Through the power of Maria's heroic action, she was able to emulate Jesus, and this led her killer to eventually repent and convert to Christianity. Think of a time when you forgave someone who wronged you. Think of how it helped not only the person that you forgave, but also yourself. Forgiveness can be a powerful tool of transformation.

Think of how God loves you and forgives you regardless of your character. Thank God for accepting you and forgiving you. Ask for help in showing this love to others. 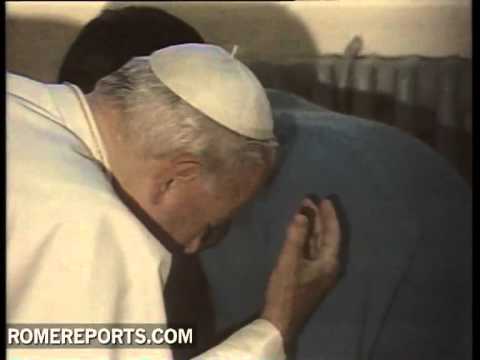