Saint Gall was a well-known Irish missionary and a friend of Saint Columban. He was taught by Saints Columban and Comgall, and was one of the 12 who went with Saint Columban to proclaim the Good News in France. He was such a close friend of Saint Columban that when Columban was exiled Gall accompanied him to Switzerland and then to Italy. Eventually, Saint Gall returned to Switzerland and became a hermit. The monastery of Saint Gall was erected on the site of his hermitage. Saint Gall was known for performing many miracles, and was also so gentle and humble that those who sought to attack him for his faith were often converted to Christianity by his gentleness. 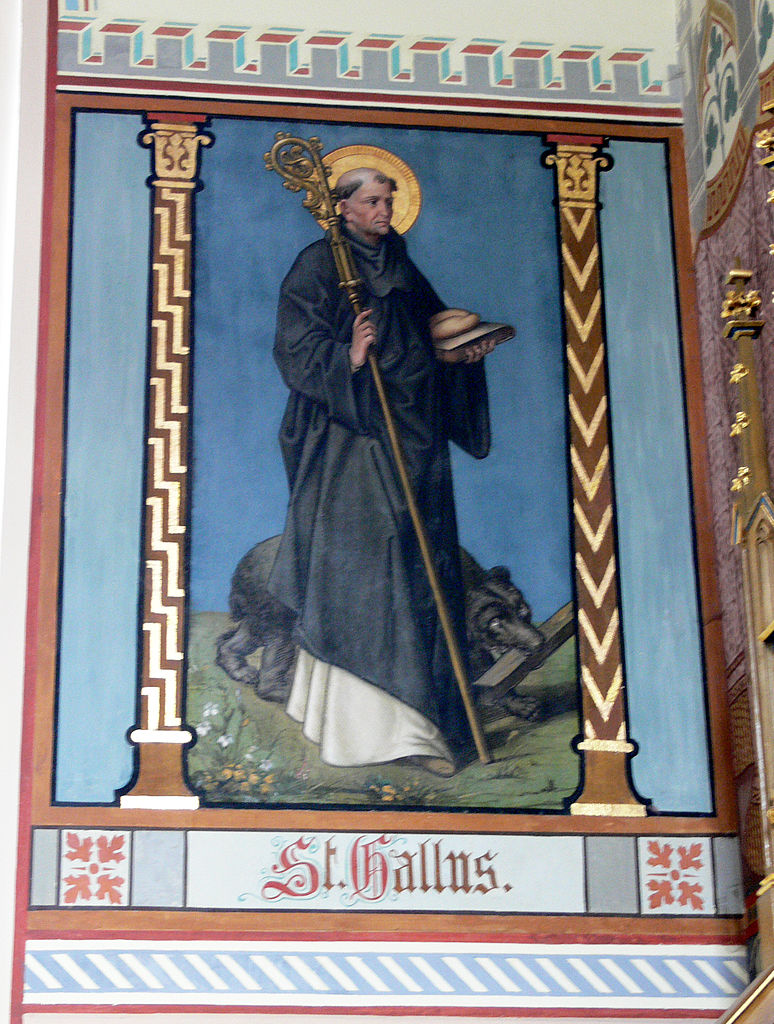 Saint Gall was a very loyal friend. It must not have been easy to leave his home and accompany Saint Columban when he was exiled. It also must have been difficult to remain so gentle and kind, even when attacked. Saint Gall reminds us that with God's love, we can overcome any obstacle with gentleness, humility, and kindness.

Dear Jesus, please help me to be gentle and kind like Saint Gall, even when I am "attacked" by rumors or unfriendly people.