Saint William of Vercelli was orphaned as a baby and brought up by relatives. He decided to devote his life to God after he completed a pilgrimage to Santiago de Compostela in Spain at the age of 14. He lived as a hermit for two years, and miraculously healed a blind man. He embarked on a pilgrimage to the Holy Land, but was attacked by bandits before he reached his destination. William took the attack as a sign that he would be of more use to God in Italy than in the Holy Land. He lived life as a hermit at Monte Vergiliano and his holiness brought him many followers. He formed them into the Hermits of Monte Vergine, whose rule was very similar to the Rule of Benedict. When angry whispers pertaining to William's harsh discipline reached him, he and a small group of brothers left, in order to avoid a conflict. Legend has it that after leaving his community, William began building the church on Monteverge with only a donkey for assistance. One night, a wolf devoured the donkey. William commanded the wolf to take the donkey's place and the wolf complied, not wanting to interrupt God's work. It is said that the wolf still roams the mountain today, ready to assist those who are in peril and call upon the name of the Blessed Virgin Mary. 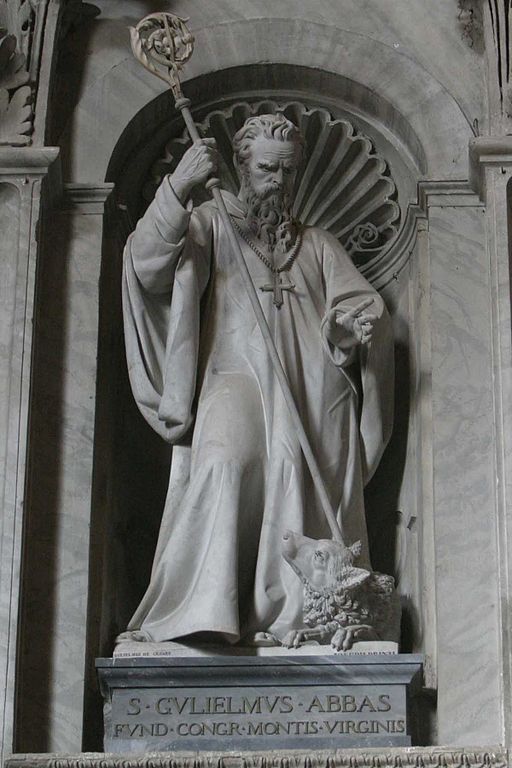 Saint William of Vercelli teaches us, among many other lessons, that even when bad things happen we can be certain that God is with us. When he was robbed, when he had to leave his initial hermitage, and when his donkey was killed, Saint William saw God's plan and trusted that God was speaking to him even through unfortunate and trying events. What bad things have happened in your life that have actually led to good things in your life?

Dear God, please help me to recognize that you can turn bad things into good things. Help me to know and trust that you will always find ways of carrying out your plan for my life.