Saint John of Pulsano joined the Benedictines, but was disliked by his brothers because of his rigid severity and discipline. They thought that John was trying to outdo them or make them look bad to others. John left his monastery to join the community of Saint William of Vercelli. He was only with this community for a short time before leaving to preach the Good News. After preaching for some time, John began living the quiet and prayerful life of a hermit in Sicily. In his advanced years, Saint John established a monastery at Pulsano and was famed for his preaching and miracles. 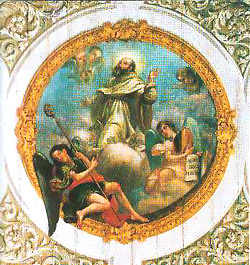 Saint John of Pulsano became a widely respected preacher and evangelizer. Think of a time when you were moved by a particularly strong sermon, or book, or instance of virtue. How and why did it affect you? How could you create a similar effect in others with your words and actions?

Dear Jesus, please help my lifestyle testify to the power of your love and influence in my life.