Saint Elizabeth of Schonau was brought up in a Benedictine monastery from the age of 12. She saw the monastery as her home and took her vows. Elizabeth was gifted with visions, prayerful ecstasies and prophecies, and she waged a spiritual battle against demons. She was appointed abbess and, with the assistance of her brother, penned three tomes describing her visions. Saint Elizabeth of Schonau is the patroness against temptations. 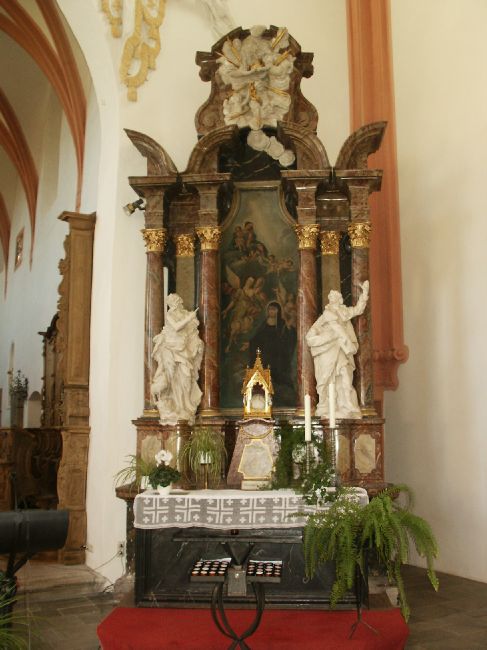 It is safe to assume that Saint Elizabeth, the patroness against temptations, faced and conquered considerable temptations. What temptations do you face? How do you conquer them? It is important to remember that giving in to temptation, although bad, happens even to saints. What makes people truly righteous is not that they never fail, but that, when they fail, they keep trying to be good.

Dear Jesus, never allow me to give up in my struggle for holiness.