Saint Joseph the Hymnographer was born in Sicily in 830, but had to flee his homeland due to an Arab invasion. He entered the monastery of Studium in Constantinople, but was again forced to flee when the iconoclast persecution broke out. He was on his way to Rome, after being exiled, when he was kidnapped by pirates and made a slave in Crete. While enslaved, Joseph continued to show his love and devotion to God by helping his fellow slaves and converting them to Christianity. He escaped slavery and returned to Constantinople, where he established a monastery. He was once again banished when he spoke out against the iconoclast emperor, Theophilus. Saint Joseph the Hymnographer is recognized as one of the greatest poets and hymnists of the Byzantine Church, composing over 1,000 works. 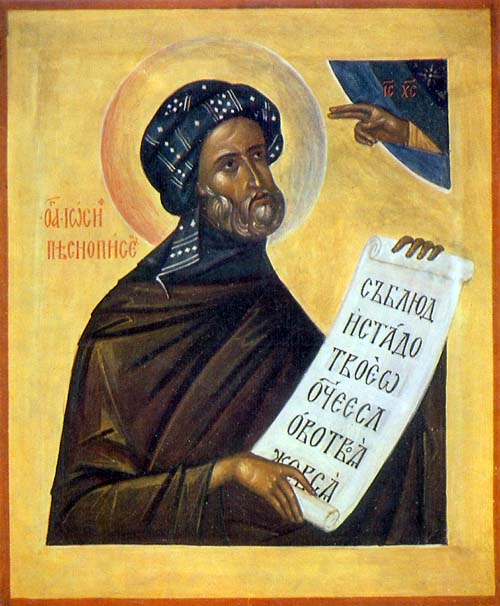 Dear Jesus, help me to always be aware of the depths of your love for me and my love for you.