Saint Marcellinus was a priest and Saint Peter was an exorcist. They were imprisoned for their Christian faith under the persecution of Diocletian, but did not lose their hope or zeal. In fact, they used their time in jail to preach and evangelize, and succeeded in converting their jailer and his family to Christianity. They were beheaded in a remote forest for fear that their fellow Christians would venerate their bodies. Their bodies were eventually discovered by two women and were buried. Saints Marcellinus and Peter were buried in Rome, and Constantine built a basilica over their crypt. 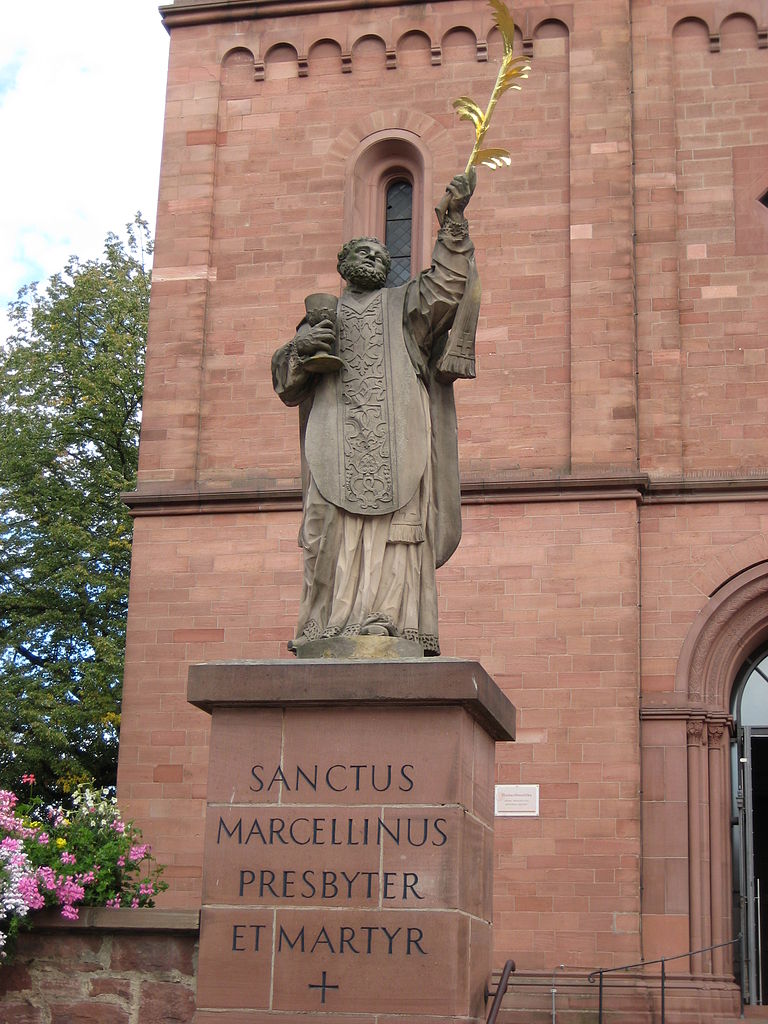 Saint Marcellinus and Saint Peter show the importance of maintaining our integrity and faith even when it seems that all hope is lost. While in prison, these saints refused to become despondent. Instead, they viewed their circumstances and suffering as an opportunity to show others the truth of Christianity. Think of a time when you were struggling or found yourself in a particularly unfortunate situation. How did you respond?

Ask God for the perseverance to maintain your hope and faith even in the face of extremely exacting situations.