Saint Augustine of Canterbury and 40 monks were sent by Pope Saint Gregory the Great to spread the Good News to the Anglo-Saxons in England. When they heard of the ferocity of the Anglo-Saxons, they returned to Rome to seek counsel from the pope. Gregory assured them that they would be fine, and they once again departed. The group landed in the territory of Kent, which was under the control of the pagan King Ethelbert and his Christian queen. The party was kindly welcomed, and succeeded in converting the king to Christianity. Augustine was ordained a bishop in France, and established his see in Canterbury. Unfortunately, Augustine was not always successful in his endeavors. He faced difficulties uniting the Anglo-Saxon Christians with the British Christians, and he could not convince the Britons to give up specific Celtic customs. Even though Augustine made limited progress during his lifetime, his efforts eventually led to the conversion of England. Saint Augustine of Canterbury is the patron saint of England. 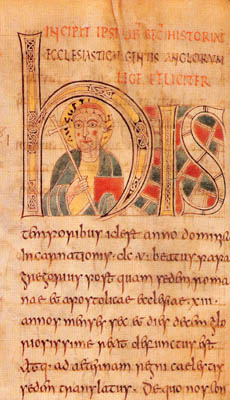 Although he succeeded in bringing many to Christianity, Saint Augustine of Canterbury did not accomplish everything that he hoped for. Nonetheless, he is a great saint and a tremendous success. His failure to reach his ultimate goals reminds us that, regardless of what we accomplish or fail to accomplish in life, we are loved by God and we are capable of becoming truly extraordinary Christians.

Dear God, please help me to know that you love me regardless of the works I do and the goals I reach.