Saint Julia was born to a noble family in northern Africa. When she was a young girl, her city was taken over by barbarians. Julia was captured by the conquerors and sold as a slave to a pagan merchant. She did not lament her situation or feel sorry for herself. Instead, she performed her work cheerfully and loved God. When she was done with her tasks, Julia read holy books and prayed. Her master decided to take her with him on a trip to France. On their way, he stopped to attend a pagan festival. Julia refused to go near the pagan celebrations, and the governor of the region was enraged by her defiance. He exclaimed, "Who is this woman who dares to insult our gods?" Julia's owner responded that she was a Christian, and that even though she would not give up her faith, she was still a very dedicated servant. The governor wanted to buy Julia, but her master refused to sell her, saying she was too valuable to him. However, the governor's greed for something that he could not have was overwhelming. He kidnapped Julia in the middle of the night, and tried to force her to make a sacrifice to the pagan gods, promising her freedom in return. She refused, saying she was already free as long as she served Jesus. The irate governor tortured her and hung her on a cross for refusing to deny her faith. 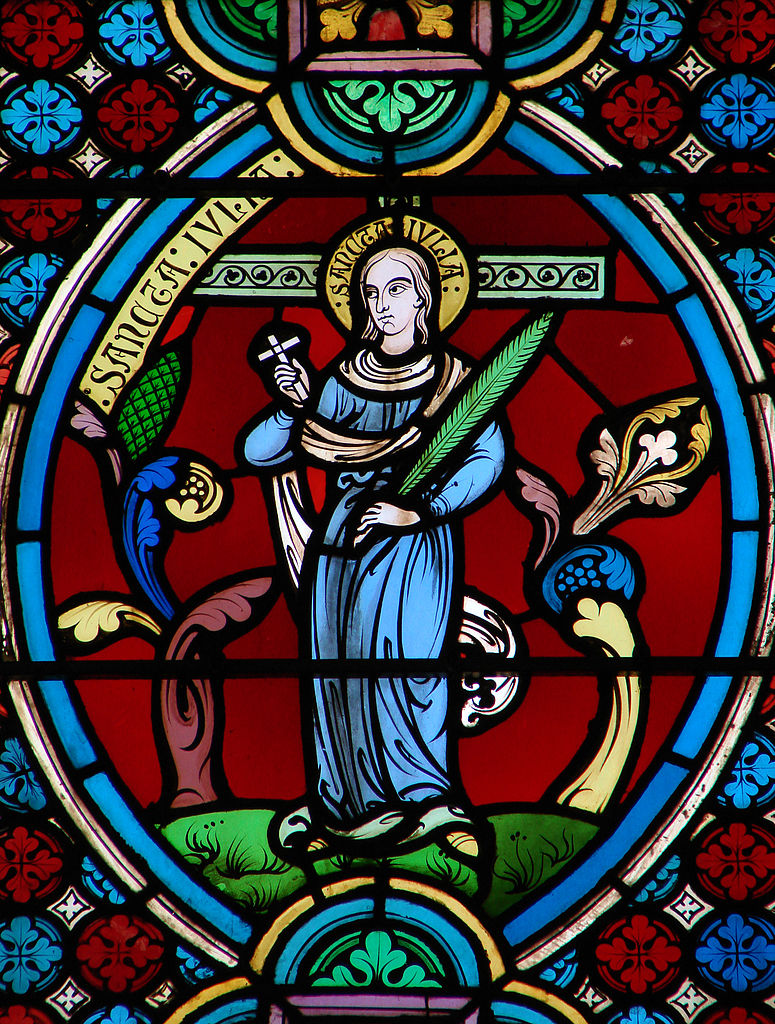 Saint Julia underwent unbelievable suffering and humiliation. The depths of her pain, however, directly correlated with the magnificent heights of her courage and faith. She knew the love of God and was unwilling to deny this love. Her refusal ultimately led to her death. She reminds us of the greatness of God's love and of our call to place this love before everything in our lives.

Dear Jesus, help me to know your love and freedom as Saint Julia knew them. Please help me to live with her fortitude.