Saint John I was elected pope at a time when Italy's ruler, Theodoric the Goth, supported the Arian heresy. However, Theodoric tolerated Catholics during his reign. Theodoric underwent a change though, and became suspicious of everyone, visualizing plots to seize his throne. One of the reasons why Theodoric imagined these conspiracies was that Byzantine Emperor Justin I enacted a harsh edict against heretics. At first, Theodoric planned to go to war against Justin, but decided instead to send a party of five bishops and four senators to improve the treatment of Arians. John reluctantly accepted the position of leader of this delegation party, and he persuaded Emperor Justin to soften his punishment of Arians to avoid the harsh treatment of Catholics in Italy. When the delegation party did not arrive back in Italy on time, Theodoric began to believe that John and Justin had gotten too friendly, and they were plotting against him. When he returned from his mission, John was incarcerated on Theodoric's orders and soon died from the treatment that he received. 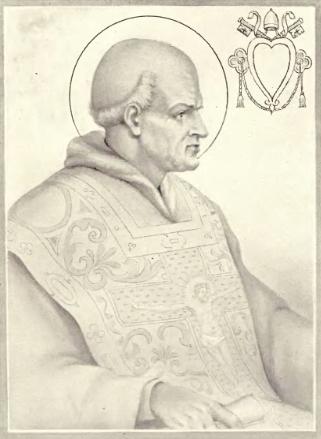 Saint John I is an example of devotion to God and his fellow man. He sought peace and tolerance and love. Are there times in your life where you could more readily create harmony between conflicting parties?

Dear Jesus, help me to be a peacemaker.