When Saint John the Silent's parents died, he used his inheritance to construct the Church of the Most Holy Mother of God. By the time he reached 20, he had established a monastery for himself and 10 of his young companions. He was chosen bishop of Colonia by the time he was 28. After he had served as bishop for 10 years, his brother-in-law was chosen governor of Armenia and began interfering in Church matters. It became too much for John to handle, and he secretly escaped to Jerusalem, where he found solace at the monastery of Saint Sabas. After he had been at the monastery for a handful of years, he was considered for ordination. Before his ordination, John felt that he should tell someone why he fled from his position as bishop. He revealed his secret to Jerusalem's patriarch. John was permitted to take a vow of silence and wall himself in his chamber for four years. He then chose to live as a hermit in the wilderness for a number of years before he was convinced to rejoin the monastery. Saint John the Silent performed many miracles and healed many believers. 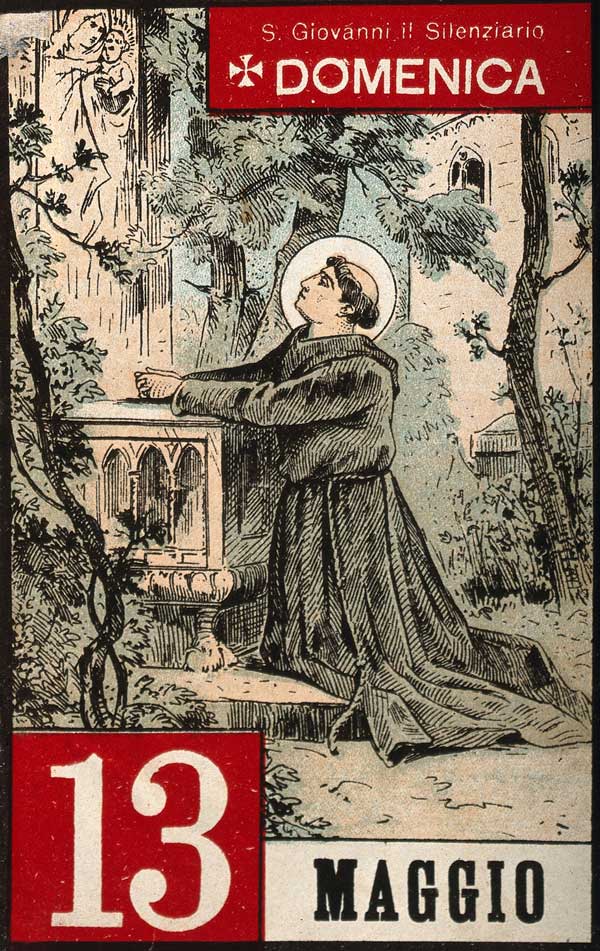 Silence is sometimes a very important means of seeing and knowing both God and ourselves. Although we can find God in nearly every area and activity of life, silence is an often overlooked method for growing in closeness with God. Do you ever spend time away from all distractions and noise to focus on God?

Dear God, please help me to find you in the silence.