Saint Florian was an officer in the Roman army. He was a Christian, but kept his faith a secret for fear of persecution. Even though he kept it hidden, Florian's faith was so strong that he saved an entire town from being burned by fervently praying and throwing a single bucket of water onto the flames. When he was ordered to execute a group of Christians as part of his duties as an officer, he refused. He not only refused, but he professed his own Christian faith as well, and was martyred. Saint Florian is the patron saint of chimney sweeps and firefighters and a protector against drowning. 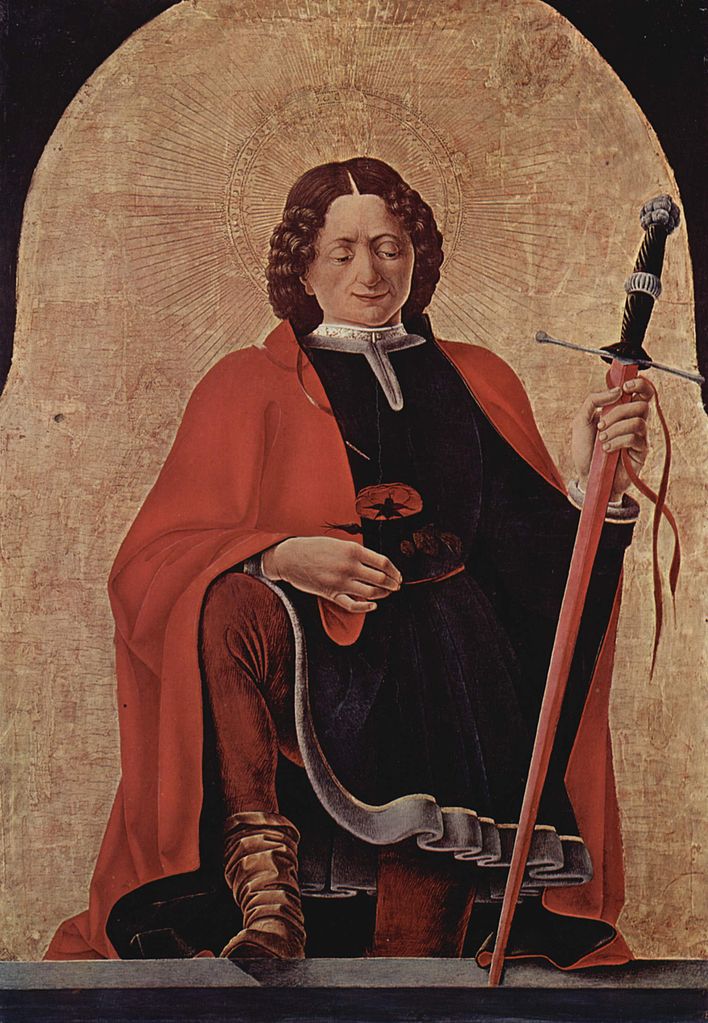 Saint Florian showed supernatural courage in refusing to follow orders and in professing his own Christian faith. Such courage reminds us what it means to not only be an authentic Christian but also to be an authentic and true human, as God intended us to be. Imagine being placed in a situation where you were required to choose between your life and your faith.

Dear Jesus, please give me the courage of Saint Florian.