Saint Pius V was elected pope in 1566. During his papacy, he was given the arduous task of reforming and reuniting a shaken and scattered Church. The Church had been badly beaten and bruised by corruption, the Reformation, the threat of Turkish invasion, and fighting among newly formed nation-states. It was Pius's duty to enact the reforms that had been decreed by the Council of Trent. He quickly went to work founding seminaries, publishing a new catechism, and establishing the Confraternity of Christian Doctrine classes for children and adolescents. These classes are still used by the Church today, and are commonly referred to as "CCD" classes. He didn't stop there, though. Pius also worked tirelessly to end wrongdoings in the Church, ministered to the sick and the poor, and used the papal treasury to feed the hungry. Pius faced opposition to his reforms, but kept persevering for the greater good. Pope Saint Pius V is the patron saint of Bosco Marengo, Italy. 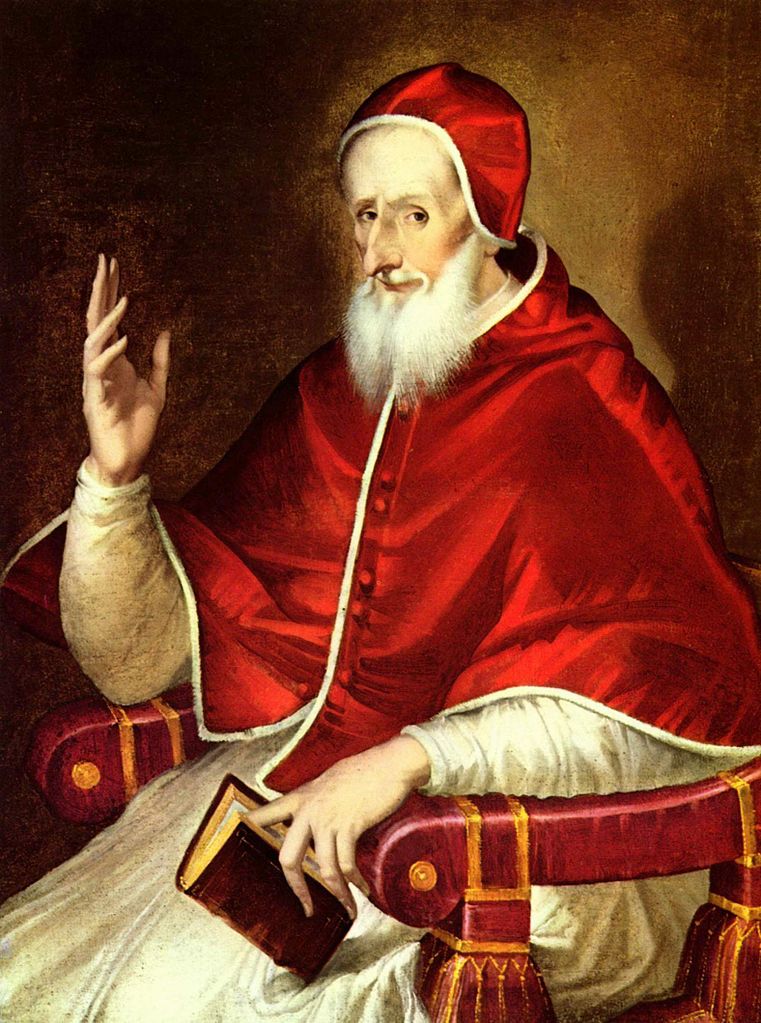 Saint Pius V is the paramount depiction of a pope. He was a true leader, effectively managed the church and exterminated corruption, and remembered to love the poor. It is important for us as Catholics to remember and pray for our religious leaders. Do you ever pray for your religious leaders?

Dear Jesus, please help the pope and the religious leaders of my community to more fully embody your love and compassion.