Today's saint began life as Mark Roy, a philosophy teacher and lawyer. He became disenchanted with the corruption of the legal system and became a priest. He joined the Capuchin branch of the Franciscans and changed his name to Fidelis. He also gave away all of the money that he had amassed as a lawyer to the poor. He was very fervent in his prayers and worked to heal those suffering from an epidemic. Saint Fidelis of Sigmaringen was eventually martyred for preaching the Good News of Jesus. 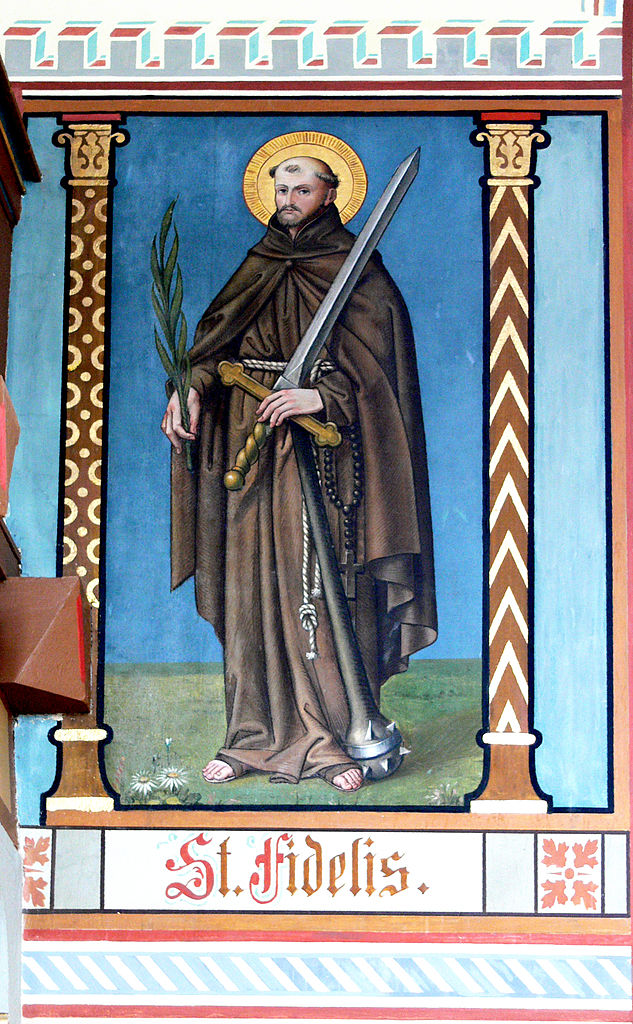 Saint Mark Roy saw instances of sin and injustice in his profession and left for another type of work. He refused to be a participant in a corrupt and immoral system. Do you see wrongdoing in any of the circles with which you associate? If so, do you believe that it is your responsibility, as it was Saint Mark Roy's, to leave this circle?

Dear Jesus, please provide me the wisdom to always see the difference between right and wrong.