Saint Galdinus was the archdeacon to Archbishop Hubert of Milan in the 12th century. Galdinus stood by the pope of Rome during the schism of 1159. He was forced into exile when Emperor Frederick I Barbarossa sacked the city in support of the antipope. Galdinus eventually replaced Hubert as archbishop. He returned to Milan after the war was over to help rebuild the city. Saint Galdinus died after preaching against heresies. 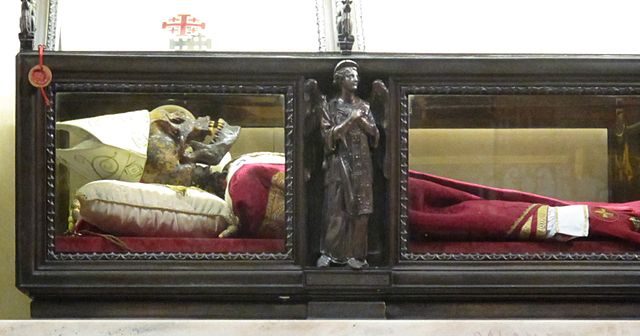 Saint Galdinus chose to remain loyal to his conscience and beliefs even when he knew that doing so could likely result in punishment. It is often easy to ignore our duties and conscience. But, as Christians, we are to always stand by our beliefs and our consciences. This means that we may even suffer negative consequences as a result of our steadfastness, as Saint Galdinus did.

Dear Jesus, please help me to always follow my conscience, and help my conscience to be in line with your will.