Saint Dismas was one of the thieves who was crucified alongside Jesus. The other crucified thief is traditionally known as Gestas. Dismas is known as the "Good Thief" because he reprimanded Gestas for a rude comment that he made to Jesus, and asked for Jesus' blessing. An ancient legend says that, when the Holy Family was fleeing to Egypt, they encountered a band of thieves, including Dismas and Gestas. Dismas felt that something was special about the family, and told his companions to leave them alone. Tradition tells us that March 25th is the calendar date of the Crucifixion, though the celebrations of Easter and Passover change from year to year. Saint Dismas is the patron saint of condemned prisoners, reformed thieves, and undertakers. 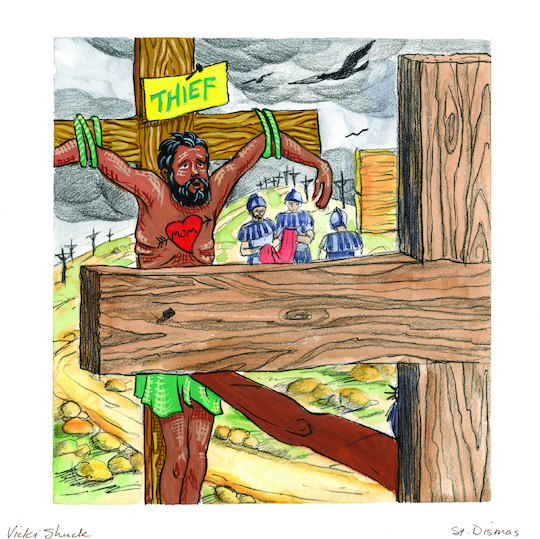 Saint Dismas is important not simply because of the holiness that led him to defend Jesus and repent, but also because of what we learn about God from how God responded to Saint Dismas. Saint Dismas was, by most accounts, an immoral man. Yet, because he repented at the moment of death, God forgave all his wrongs and immediately and lovingly accepted him. Imagine how much God wants to love and accept you.

Dear God, help me to understand the depths of your love for me.