Saint Nicholas Odoenus, or Nicholas the Builder, is legendary even now after four centuries for his extraordinary skill in building hiding places for priests during the worst savagery of anti-Catholicism in England under the dreaded Penal Laws (which bloodied Ireland also). Saint Nicholas Owen is said to have been a diminutive man, with nicknames such as Little John and Little Michael. He also went by Draper and Andrewes, which gives us a sense, perhaps, of his cheerful brilliance at disguises and sleight of hand, with which, coupled with heroic industry and incomparable skill, he devised hideouts for many dozens, perhaps hundreds of priests. Many priests owed their lives to little Nicholas, and the Catholic faith persisted in that land largely because of this deft small man--which may prove that size doesn't matter as much as skill, diligence, and ferocious faith. He was killed by the king in the Tower of London, but his spirit and the power of his courage could not be killed. (Taken from "Saints Passionate and Peculiar.") 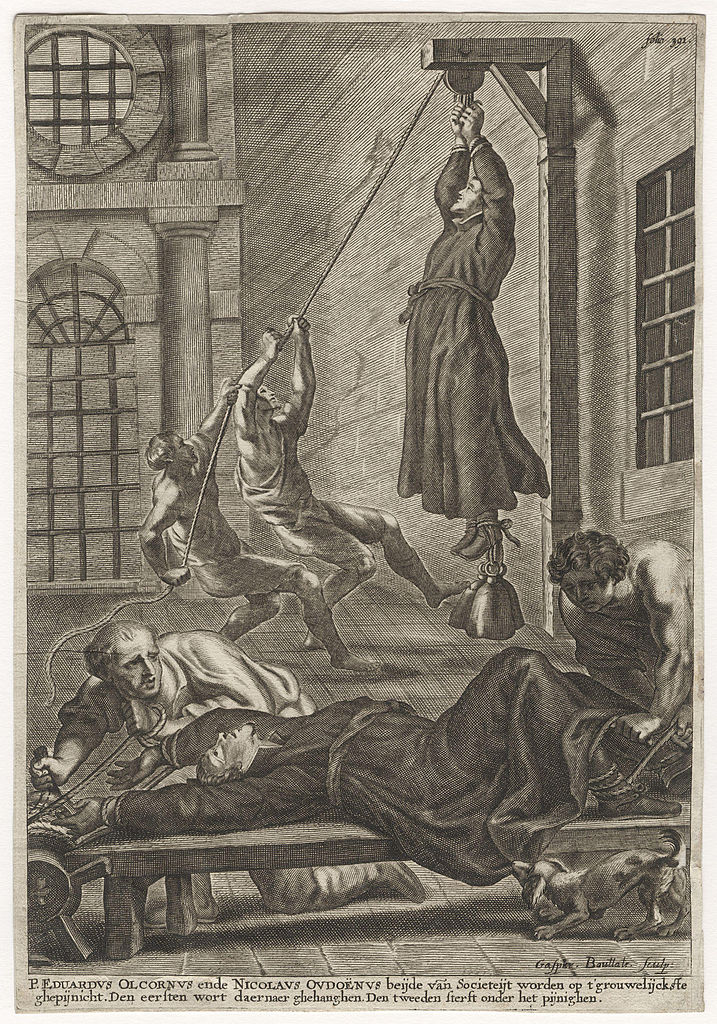 Saint Nicholas Owen possessed great faith and courage, and he is respected for this. However, what also makes him memorable is how he used a rather obscure skill and talent for the good of God. His ability to make hiding places ultimately became a tool of God for protecting others. Saint Nicholas reminds us that any of our talents, regardless of how seemingly random or unimportant, can be put to good use for the good of God and others. What are your talents and how can you use them for good?

Dear God, please use me to do your will.