Saint Louise de Marillac felt called to become a nun, but was advised by her confessor to marry instead. Louise was happily married for 12 years before her husband fell ill and died. She and her husband had one child, Michael, who remained a large part of Louise's life despite her many endeavors. After her husband's death, Saint Vincent de Paul became her spiritual advisor. Louise realized the importance of Vincent's ministry and devoted the rest of her life to working alongside him. She established the Vincentian Sisters of Charity, who worked to care for the sick, poor, and forgotten. Louise traveled throughout France, placing her Sisters in hospitals and orphanages. At the time of her death in 1660, her congregation had more than 40 houses in France. Saint Louise de Marillac is the patroness of social workers, widows, and the Vincentian Service Corps. 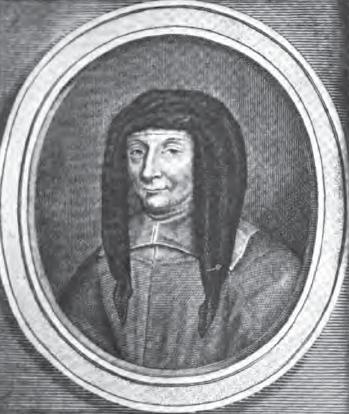 Saint Louise de Marillac understood the importance of ministering to the sick, poor, and forgotten. Do you make time in your busy life to minister to these people? If not, talk with the Lord about how you can serve your brothers and sisters who are in the greatest need of your time and talents.

Please, God, help me to care for every single human I ever meet, regardless of the person's circumstances.