Read our COVID-19 Response: Updated for Shelter in Place Ordered by the State of Minnesota

Saint Julian the Hospitaller married a wealthy widow. While hunting in the woods, a deer predicted that Julian would kill his parents. Greatly troubled by this premonition, Julian and his wife moved far away from his family. One day, while Julian was away from home, his parents came by for a surprise visit. In an effort to be a good hostess, Julian's wife allowed his parents to sleep in her and Julian's bed. When Julian came home, he was shocked to find a man and a women sleeping in his bed. Thinking that his wife was having an affair, he killed both people in the bed. Once morning came, he realized his terrible mistake. To seek penance for his actions, Julian and his wife traveled to Rome. After he received absolution, the couple continued their penance by constructing an inn and a hospital for the poor. Julian was so concerned about the poor and traveling that he allowed a leper to rest in his own bed. Surprisingly, the leper revealed himself to be an angel. The angel told Julian that God had accepted his penance for mistakenly killing his parents. Saint Julian the Hospitaller is the patron saint of many things, including innkeepers, travelers, and boatmen. 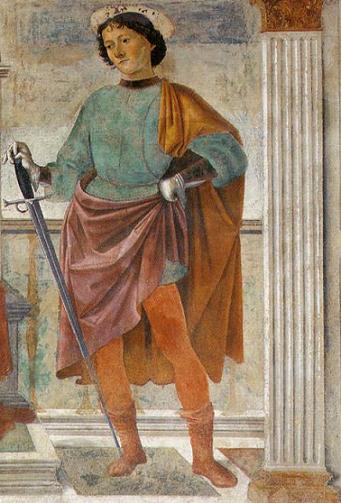 Everyone makes mistakes, even saints. Saint Julian the Hospitaller murdered his own parents, but sought penance for his actions and was forgiven by God. Think about recent mistakes that you have made. If you haven't already done so, seek God's forgiveness. Ask God to direct your life so that you can be a more repentant sinner.

Holy Friend, thank you for loving us so much that you continually call us back to you. Direct me in my life today so that I can become that one repentant sinner. (Taken from “Good News Day by Day: Bible Reflections for Teens.”)