Saint Padre Pio da Pietrelcina was born on May 25, 1887. It was affirmed by his mother that he was able to see and converse with Jesus, the Virgin Mary and his guardian angel as a child. When he became a Capuchin priest, he was given the name Pio, eventually becoming known as Padre Pio. Those close to him confirm that he had many spiritual gifts, including the gifts of healing, bilocation, levitation, miracles, prophecy, and the ability to read hearts. He is also alleged to have had physical conflicts with Satan and his demons, from which he is said to have sustained heavy bruising. Padre Pio became famous for bearing the stigmata, though he would have preferred to show no physical signs and suffer in secret. The stigmata would stay on him for the next 50 years of his life. Padre Pio was subjected to many investigations. For a while, the Holy See made several statements denying that the events in Padre Pio's life were the results of any divine cause. At one point, he was prevented from publicly hearing confessions and saying Mass. By 1933, Pope Pius XI ordered the Holy See to revoke its ban on Padre Pio’s public celebration of Mass. In 1934, he was again allowed to hear confessions. Saint Padre Pio died on September 23, 1968, and was canonized on June 16, 2002 by Pope John Paul II. 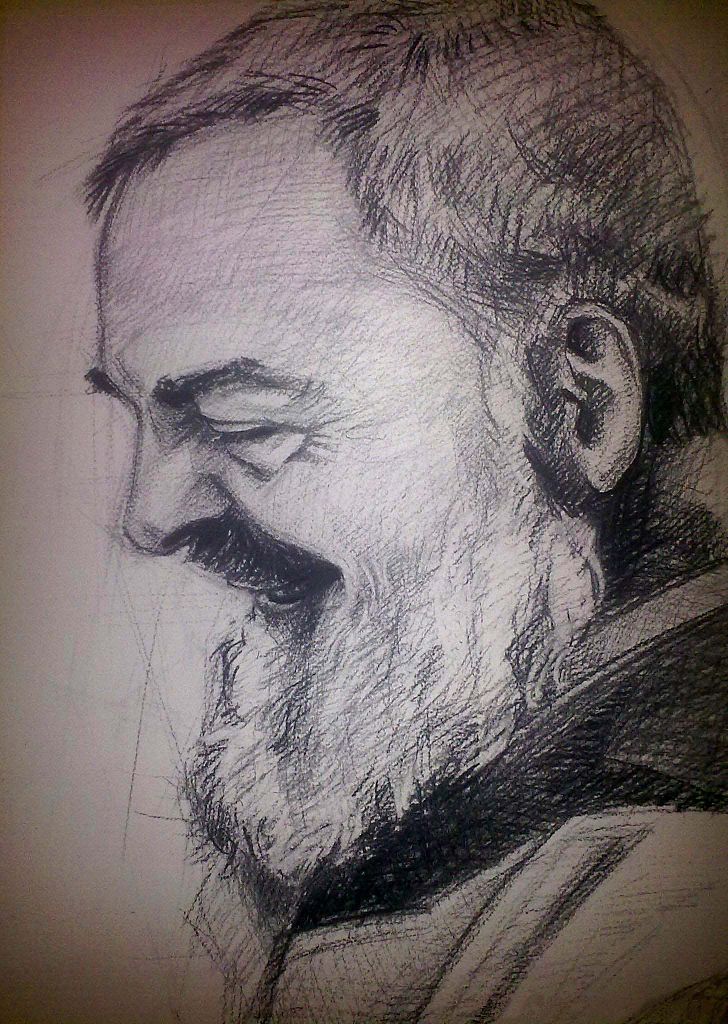 Saint Padre Pio spent considerable time every day hearing confessions. He was consumed with ridding his life of all evil and growing in closeness to God. Growing in closeness with God requires emulating Jesus and living a holy life. Saint Padre Pio suffered from the stigmata, meaning that he so fully identified with Jesus that he experienced the suffering and pain of Jesus. Think of your favorite stories involving Jesus. Try to imagine what Jesus was thinking and feeling. Try to identify with him.

Dear Jesus, help me to care for and know you as deeply as Saint Padre Pio.