Saint Helen was the mother of the first Christian emperor, Constantine. She married the Roman general Constantius Chlorus. In 292 he divorced her to marry the emperor's stepdaughter. Helen's ex-husband and eventually her son each became emperor. Her son, Constantine, is known as the patron saint of the Church. After his conversion to Christianity in 312, Constantine legalized Christianity, made generous donations to the Church, erected numerous basilicas (churches), and even called the bishops together for the first ecumenical (worldwide) council in Nicaea in 325. Helen, who also became a Christian in 312, is the patron saint of converts. She was over 60 at the time of her conversion, and was attentive to the needs of poor people, orphans, and those in prison. As an old woman, Helen visited the Holy Land and founded many churches on sacred sites, including the Mount of Olives and Bethlehem. Saint Helen is often pictured with the cross, both because she did much to spread the Christian faith and because tradition connects her with the discovery of the cross of Christ. Her feast day is August 18. (Taken from "The Catholic Faith Handbook for Youth.") 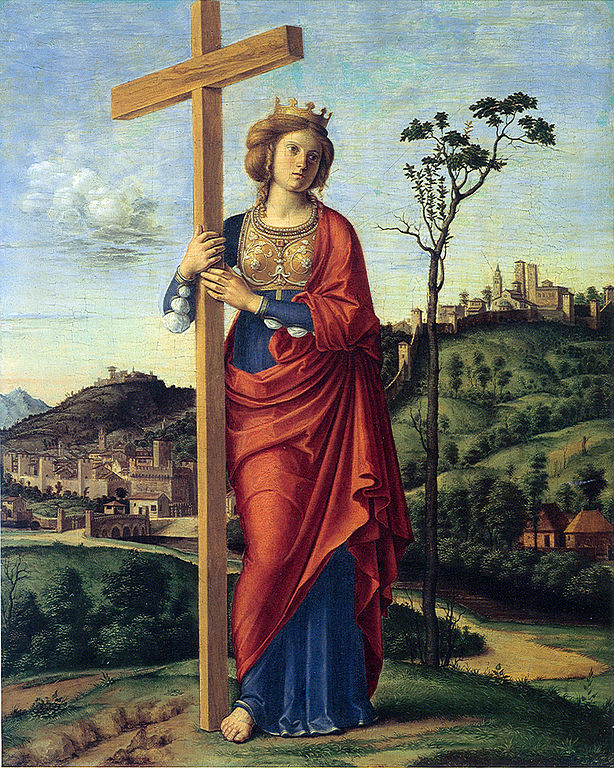 Despite her old age, Saint Helen converted to Christianity and went immediately to work helping the poor, the orphans and prisoners. She did not let her age, or any of her circumstances, stop her from acting in ways that she knew to be true and good. In what ways do you strive to do good? In what ways could you strive more?

Dear Jesus, thank you for helping me to do good. Help me to do more.