Al Puntrel describes an interesting approach to church history in which he ties the themes of sacramental theology and development and promotion of peace and justice teachings to the past and present life of the church. By being selective in the material taught and focusing on those themes, teachers can help students understand events as they occur throughout the students' lifetime. The author notes at the end of the article the need to integrate unique contributions of women in studying church history.

In teaching church history, I have used, with some degree of success, the approach of showing links between the events and issues of the past and the concerns the church is facing today and will be facing in the future. My rationale is that the present situation can create a context for understanding the past, and the past can help us envision a path into the future. The course thus provides opportunities for students to organize and categorize historical events in a way that will help in interpreting present and future issues in the church.

Throughout the course, in selecting topics for discussion and planning lessons, I keep in mind these two themes as unifying threads:

1. the understanding and use of the sacraments through the centuries

2. the development and promotion of peace and justice in church life and teachings

Students are able to identify similarities and differences between the past and the present in the church's sacramental life and in its peace and justice efforts. With this basis, they will be able to understand unfolding events in the church as they transpire during their lifetime.

If a high school claims a special patron or has another unifying theme or concern, a teacher might adopt that theme as the foundational principle for topic selection and lesson planning in a church history course.

Time constraints in my teaching situation have made it necessary to be very selective in choosing events in church history to emphasize. Each time I offer the course, I choose ten to fifteen events or topics to focus on. The number and the topics themselves vary from year to year due to current events, the needs of the students, and shifts in emphasis over time as I revise the course. The fact that not all topics are covered every year does not concern me, because in my approach it is more important to create links of understanding and to provide a framework for interpretation than to cover a multitude of events. If this foundation is carefully laid, the students will be able to use it on their own in the future to deepen their knowledge, if they so desire.

The following course topics have served me well in creating the links between past, present, and future that I have referred to already. Further on, I will briefly explain how I have used a few of these topics in the course.

1. Tasks and roles in the early church: the appointment of deacons

2. Factions and disputes over membership requirements: the Judaizers

3. The Edict of Milan

4. The Council of Nicaea

6. Pepin's and Charlemagne's donations of territory to the pope

7. The Middle Ages: the Peace of God, the Truce of God, and the Crusades

8. Martin Luther: church abuses, the Protestant Reformation, and the Council of Trent

The Peace Theme, Past and Present

Church teaching on peace can be highlighted through the topics covered in the course, and it can be related to contemporary events. Here are some points on this theme:

1. In the earliest centuries of Christianity, war or military involvement by Christians was not tolerated.

2. After the Edict of Milan, which made the practice of Christianity legitimate in the Roman Empire, Christians began to become involved with the military.

3. The outlines of a "just-war" theory later began to emerge.

4. In the Middle Ages, the church sought to limit wars and protect noncombatants through the use of the Peace of God and the Truce of God.

5. A consideration and critique of the Crusades fits in with this theme and may be appropriate as well.

As the students are exposed to these points, it is important to bring the discussion into the present or recent past. For instance, the Persian Gulf war this year was one in which the just-war theory was invoked by people on both sides of the issue. Still other Christians invoked the earlier church traditions of pacifism and nonviolence. Students familiar with church history should not be surprised when the U.S. bishops or the pope issues statements opposing war. The opposition to all war or the presumption against war has its origins in the earliest centuries of Christianity.

This peace tradition has been all but forgotten and difficult to sustain in succeeding centuries. Various reformers and reform movements (such as Saint Francis of Assisi, Saint Martin of Tours, and certain religious orders) have sought to remind the church-at-large of its countercultural origins.

To illustrate the developmental nature of the sacraments, a church history course could focus on the different understandings, formats, and uses of the Sacrament of Reconciliation. I consider this sacrament during our study of the Protestant Reformation. Within that topic, I trace through different periods in church history the various procedures sinners had to undergo to have their sins forgiven. The belief in the social nature of sin and the important role played by the entire community in the reconciliation process can be demonstrated through a study of the format for Penance in the early church.

The resort to granting "indulgences" (not, however, their abuses by the clergy, which in part prompted Luther's breakaway) can be made intelligible to students by explaining that as penances given by the priest got lighter in later centuries, in comparison to those in the early church, the notion evolved of having to deal with some "residual sin" remaining after sins were confessed. This problem was solved by obtaining indulgences.

From Problem to Resolution

As much as possible, I seek to present historical events as they are interrelated. My purpose is to show how the church went from a problem to a resolution of the problem. The next step is to analyze how the resolution impacted the church at that time, in later periods, and in our own time as well.

A good example of this approach is the problem posed in the very early church by the faction commonly referred to as the Judaizers (those who insisted Gentile converts to Christianity had to be circumcised and had to observe the entire Law of Moses). The solution to the controversy was forged at the Council of Jerusalem in about 50 C.E., which ruled that Gentiles did not have to observe the whole Jewish Law in order to become Christian.

From this early experience in the church, numerous lessons can be drawn, among them these:

This incident provides fertile ground for some thought-provoking questions on authority and the resolution of conflict in the church, questions that have no easy answers. As an illustration of various approaches to conflict over the centuries, the personality, concerns, and tactics of Martin Luther can be compared to the styles of modern-day persons like Fr. George Stallings or Archbishop Lefebvre. Such comparisons bring home to the students the usefulness of understanding the past so as to have perspective on the present and the future.

Saints and Other Key Figures

Recounting the lives of the saints and other special personalities in church history can help to tie together some of the issues covered in the course. After familiarizing myself with a particular personality, I choose highlights of his or her life that amplify and enhance the learnings about a given topic or the overall themes of the course.

Saint Martin of Tours, for example, can be used to illustrate the following:

In writing this article and reflecting on my teaching recently, I have become aware of the disservice that has been done to women by a neglect of their roles in the church. In the future, I plan to integrate in my course the unique contributions made by women as deaconesses, founders of religious communities, martyrs, and so on. Perhaps an understanding of the past can enlighten us as to what strengths women have brought to the church and how these strengths can be integrated into the church of the future.

Copyright © 2009 Saint Mary's Press. Permission is granted for this article to be freely used for classroom or campus ministry purposes; however, it may not be republished in any form without the explicit permission of Saint Mary's Press. For more resources to support your ministry, call 800-533-8095 or visit our Web site at www.smp.org. 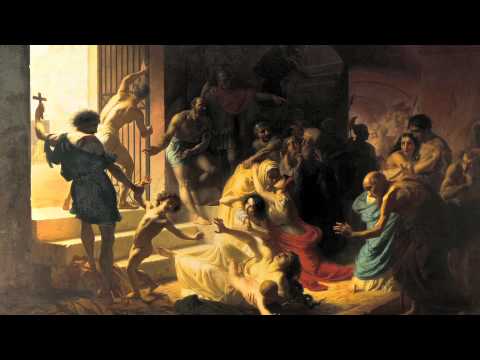 Did the Emperor Constantine Found the Catholic Church?