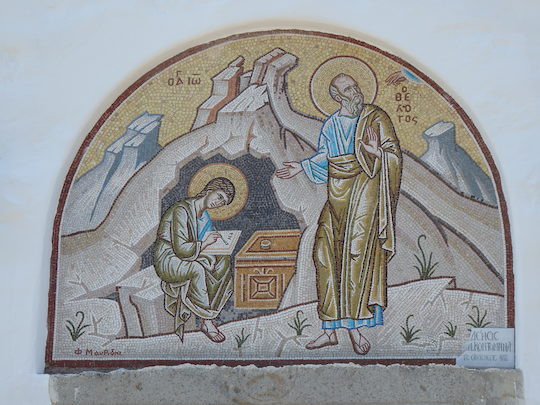 On the island of Patmos there is a cave that is venerated as the place where John had his visions. These visions led to the writing of the Book of Revelations. No photos are allowed in the cave so here is a picture of the fresco that shows Saint John dictating his visions to his disciple, Prochorus (another Greek Orthodox tradition). May we all have Saint John's faith in the glorious triumph of Christ over evil and the restoration of creation's full union with God once again.

Copyright © Saint Mary's Press. This image may be saved, printed or downloaded for personal and educational (non-commercial) use. All other uses require written permission from the publisher.