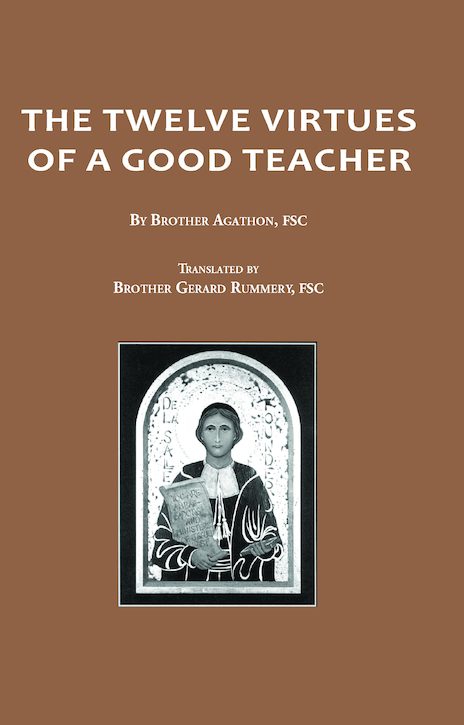 The Twelve Virtues of a Good Teacher

This English edition of the classic text by Brother Agathon, fifth Superior General of the Brothers of the Christian Schools (1777-1795), describes in detail the virtues of a good teacher in accordance with the listing by Saint John Baptist de La Salle (1651–1719) in The Conduct of the Christian Schools (1706) and Collection of Short Treatises (1711). Originally printed in 1785, some 100 years after the first Lasallian schools, it affords a kind of benchmark by which to judge the fidelity of the Institute to the founding vision of De La Salle, patron saint of all teachers.

The Twelve Virtues of a Good Teacher was translated and edited by Brother Gerard Rummery, FSC.