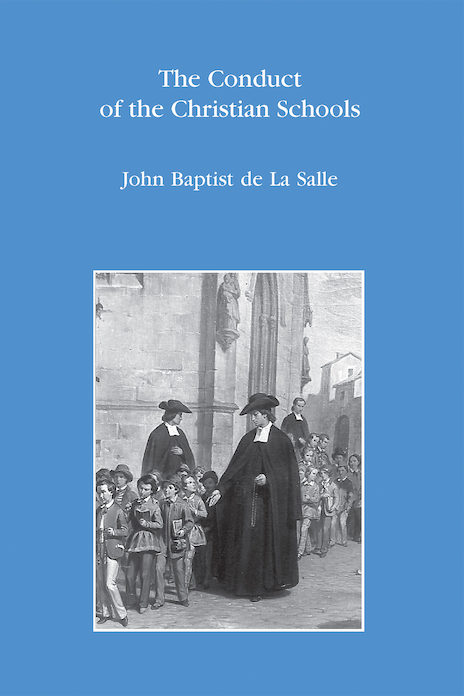 The Conduct of the Christian Schools

Saint John Baptist de La Salle and the first Brothers of the Christian Schools shine forth. The book served as the basis for administering schools, and it is considered to be a monumental contribution to the history of pedagogy. It specifies how a school day is to run, explains how teachers should conduct themselves, discusses what qualities teachers should have or acquire, and more. The Conduct of the Christian Schools originally appeared in manuscript form in 1706, and De La Salle revised it constantly, in consultation with the Brothers. The first print edition was published posthumously in 1720. This current version is an expansion and modification of the 1935 translation, which is supplemented in the appendices with translations of material previously unavailable in English.

The Conduct of the Christian Schools was written by Saint John Baptist de La Salle (1651–1719), founder of the Brothers of the Christian Schools and patron saint of all teachers, translated by F. de La Fontainerie and Brother Richard Arnandez, FSC, and edited by Brother William Mann, FSC. It is part of the Lasallian Publications series, which produced volumes on the life, writings, and work of De La Salle and on the early history of the Brothers.