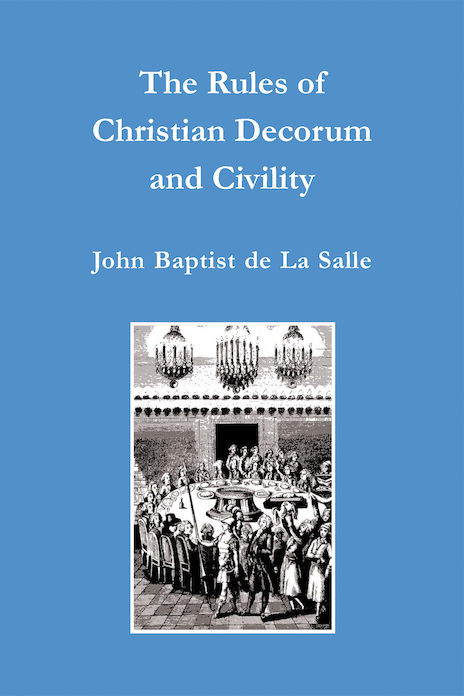 The Rules of Christian Decorum and Civility

First published in 1703 as a classroom reader originally intended for use by boys in the Christian Schools and others, this publication has had more than 85 editions and was in use for almost two centuries. As a book of decorum and civility, which attempted to provide religious motivation for customs in 17th century French society, it has obvious historic, social, and moral value. It is one of the most popular school books on politeness in the history of education and among the most widely read of Saint John Baptist de La Salle’s writings. It is significant for the light it sheds on the personality of De La Salle, revealing him as a person of great sensitivity and refinement. Considering the rough nature and background of young people with whom the book was intended to be used, readers can only admire the idealism and objectives of the first Brothers. Some of the rules will amuse, and some will surprise, but De La Salle’s premise for Christian decorum and civility is simple: we are all children of God, worthy of the respect we give and receive.

The Rules of Christian Decorum and Civility was written by Saint John Baptist de La Salle (1651–1719), founder of the Brothers of the Christian Schools and patron saint of all teachers, translated by Brother Richard Arnandez, FSC, and edited by Brother Gregory Wright, FSC. It is part of the Lasallian Publications series, which produced volumes on the life, writings, and work of De La Salle and on the early history of the Brothers.